The kitchen is one of my favorite rooms in our house. I love the smell of meat and vegetables simmering on the stove.

David Rocco’s Dolce Vita helps me soothe my travel bug blues. His life and family in Florence look fabulous. Today, I made Salsiccie e Fagioli from his Spring Break episode. 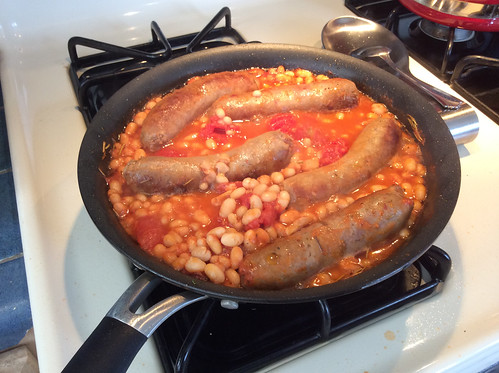 I enjoy cooking with Sinatra crooning on my iPad. 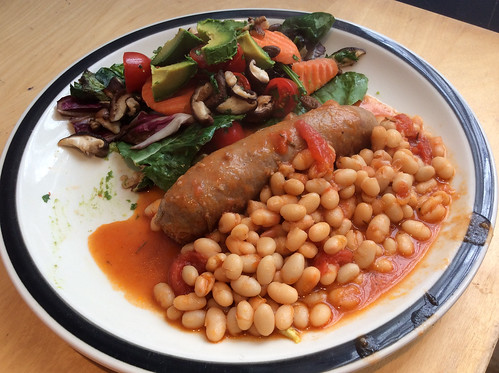 Playing on Pandora Radio: “The Way You Look Tonight.”
That made me think of the last time I danced to that song with Mark. It was the last dance at a wedding reception at Mark Hopkins in San Francisco.

“…wrinkle your nose..”
I suppose we also like this song because of it’s connection to Star Trek: Deep Space Nine. I always think of it as Kira and Odo’s song.

That’s my typical greeting over IFB for our satellite interviews. On that morning, I was chatting to our guests in Chicago: the former Apprentice and his new bride from E! News. It’s fun talking into the ears of TV personalities, movie stars and Miss California USA (before she made headlines with her opposite marriage answer) My anchor snapped this picture of me in the booth. I know. I look pissy. On that morning, I produced 2 morning shows on 4 hours of sleep.

Beyond my vampire hours – I still perk up when I meet TV and movie stars. We interviewed D. L. Hughley when he came into Sacramento for his stand-up act. It looks like he’s going to be a correspondent on the new Jay Leno show.

And my inner Trekker jumped for joy when I met the Doctor from Star Trek: Voyager.