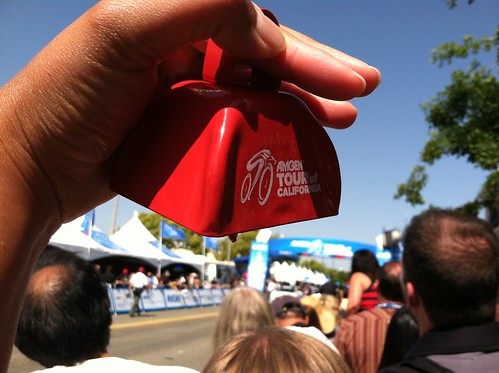 In Sacramento, I covered the Tour from the newsroom.

Photogs gave me some fun live video of the stage one finish line in front of the State Capitol. Reporters grabbed “man on the street” interviews with cycling fans on the race route. Viewers sent in blurry photos and shaky video of cyclists in action. I tracked tweets when some idiot stole Lance Armstrong’s bike.

I scored a press pass during one of my web producer shifts. My supervisor figured it was a weekend and I wouldn’t be busy. She thought I could produce a photo gallery for our web site. Since we had a bare-bones crew for the weekend show, I ended up doing more stories and taking care of videos for staff. I missed my chance to escape the newsroom and watch the cyclists.

The Tour has left Sacramento behind this year. Our house in Fremont is about 30 minutes away from the Tour cities of Half Moon Bay and Livermore. My weekend synced up with Mark. We figure this would be the best time to see the race. 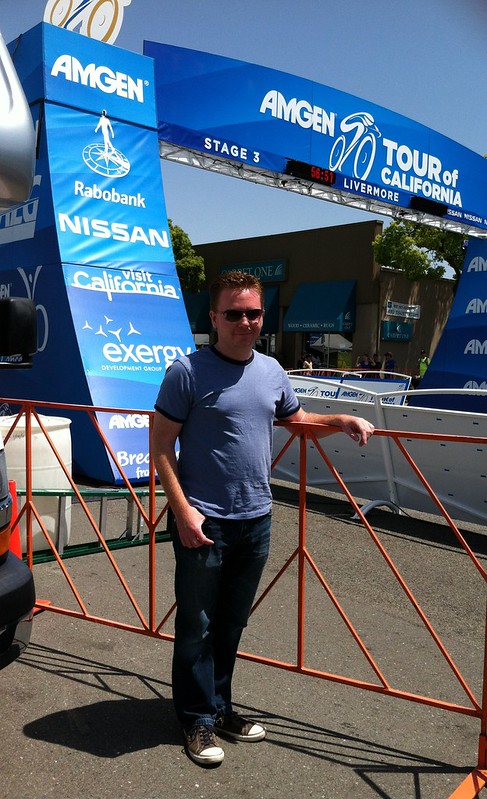